Winners of the 2020 University Awards for the Advancement of Women! 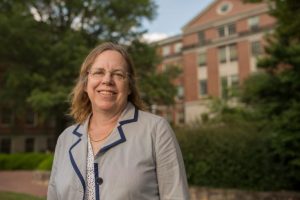 Dr. Amelia Fischer Drake, MD, FACS, is Executive Associate Dean of Academic Programs, ND Fischer Distinguished Professor of Otolaryngology/Head & Neck Surgery, and Director of the UNC Craniofacial Center. After graduating from Cornell University with a major in Biology, she attended the UNC School of Medicine. She completed her residency at the University of Michigan Medical Center at Ann Arbor, and was a fellow in pediatric otolaryngology at the Cincinnati Children’s Hospital, before returning to UNC. Her clinical and research interests focus on pediatric otolaryngology, pediatric airway disorders, and craniofacial anomalies. She assumed her role as Director of the UNC Craniofacial Center in the School of Dentistry in 2000. She assumed her role of Associate Dean in the UNC School of Medicine in 2011 and has actively served to promote women and other leaders within this context. 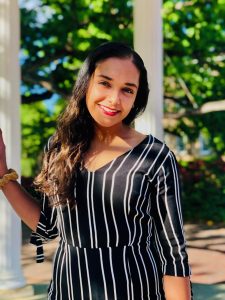 Anna Manocha is a sophomore at UNC-Chapel Hill who grew up in Cary, North Carolina. She is Business Administration major and Spanish for the Business Professions minor. She has worked with She’s the First (an international organization that provides financial and emotional support for girls that are the first in their families to go to secondary school) since freshman year and is now Vice-President. As Vice-President, she works to plan and execute fundraisers to finance the education of three scholars in India and one in Guatemala. She also works to attract new members to the club so that the chapter at UNC can fund the education of even more scholars worldwide. Anna is also a Buckley Public Service Scholar and volunteers at Club Nova and local homeless shelters in the Chapel Hill community. Further, Anna works with the From Houses to Homes Club at UNC and recently travelled to build a house in Guatemala during spring break. 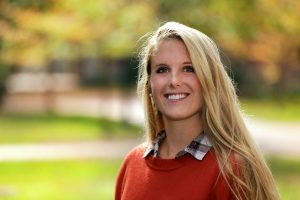 Shannon Speer is a Ph.D. student in the Chemistry Department at UNC-CH in Gary Pielak’s lab. Throughout her graduate studies, she has been passionate about the recruitment and promotion of women in STEM and involved with Women in Science (WinS), Allies for Minorities and Women in Science and Engineering (AM_WISE), WinSPIRE (Women in Science Promoting Inclusion in Research Experiences), and the Inspiring Meaningful Programs and Communication through Science (IMPACTS) program. As a way to target the next generation of scientists, Shannon became Director of Grant Writing and Fundraising for WinSPIRE and has raised $20,000 to support underprivileged and underrepresented young women in science. This funding helped increase the diversity of the program: 40% African American and Latinx compared to 5% the year before and a 25% increase of first-generation college students. In addition to service in the organizations mentioned, Shannon works closely with young women in the community through tutoring and academic consulting to help promote the next generation of women in science. After the completion of her Ph.D., Shannon hopes to pursue a career in academia and galvanize young women from rural and underrepresented backgrounds to pursue science and research as a career. 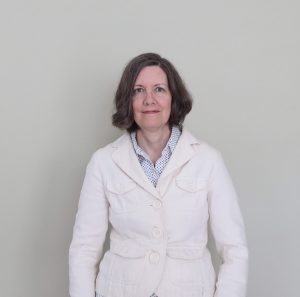 Valerie Tan is the Associate Chair for Administration in the Department of Allied Health Sciences, School of Medicine. She has been with UNC since 2004 and was the recipient of the 2019 University Managers Award. Prior to coming to UNC-Chapel Hill, Valerie worked for Carnegie Mellon University as Program Coordinator for International Programs in the Tepper School of Business. Her career in administration began 25 years ago at the National Center for Earthquake Engineering Research at SUNY Buffalo. Valerie is currently a board member for the Association for Women Faculty and Professionals, an organization that offers programs and facilitates networking among professional women across campus. Outside of work, her personal interests include supporting local organizations, including the Compass Center, with her artwork and volunteering with Cinderella’s Closet.

Congratulations to our 2020 UAAW winners, and a huge thanks to all who submitted nominations!

To all the nominees, thank you for your hard work, diligence, and commitment the Carolina community through your efforts to advance the status of women on campus.

Thanks also to the selection committee who took the time to review all the nominations and select this year’s winners.