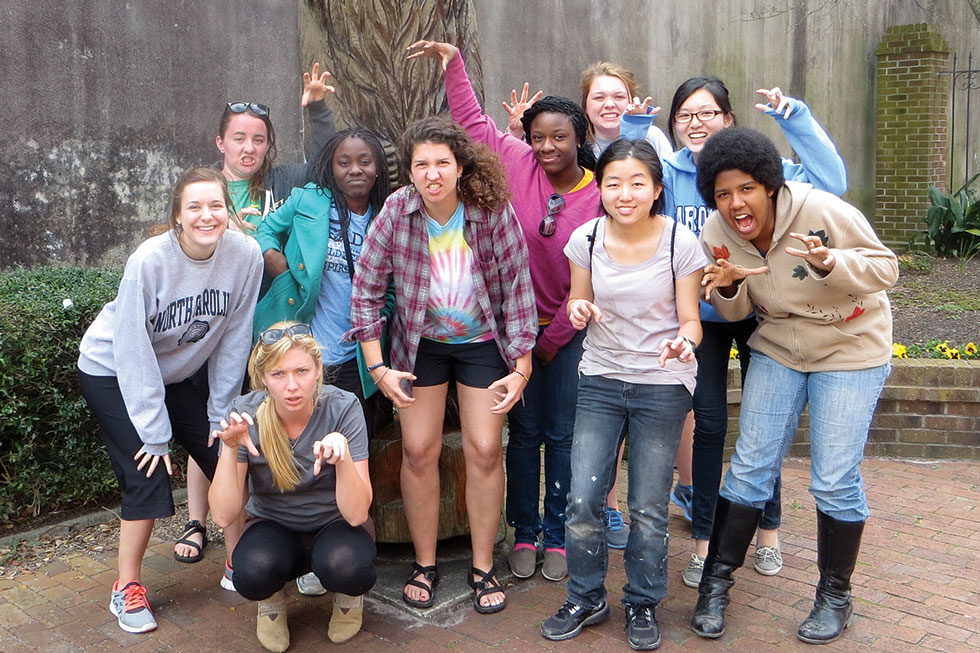 Dr. Gloria D. Thomas joined the Carolina Women’s Center as director on August 1, 2016. Before then, she served as director of the Center for the Education of Women (CEW) at the University of Michigan for 7 ½ years, where she led the Center in broadening the focus of CEW’s constituency from primarily adult women to women and nontraditional students with a particular focus on students who are underserved at U-M. Under her leadership there, CEW received a grant from the Ford Foundation of more than $380,000 for the Michigan Partners Project aimed at advancing economic security and mobility for Michigan women living in poverty, particularly women of color in Detroit and Flint.

Prior to returning to CEW, Dr. Thomas served in two associate director positions at the American Council on Education (ACE) from 2000-2008, including in the Office of Women in Higher Education, and in the ACE Fellows Program, both where the foci of her professional duties were leadership development and enhancing career success for women in academe. Before ACE, from 1995 – 1999, she worked at CEW during doctoral studies, conducting research and coordinating the Women of Color in the Academy Project, a support network for women of color faculty.

Gloria can be reached at gloria.thomas[at]unc.edu.

Holly Lovern (she/her/hers) has worked as a GVSC since August 2016. She graduated from Lynchburg College (2014) with a BS in Psychology, earned a M.Ed. from the University of South Carolina (2016) in Higher Education and Student Affairs, and is currently pursuing a MS in Criminal Justice from East Carolina University. At UofSC, Holly provided confidential support and advocacy for members of the campus community who had experienced gender-based violence and harassment. She also worked on prevention efforts and developed programming, outreach, and trainings on topics including healthy relationships and consent, supporting victims/survivors, and bystander intervention. Holly has student affairs experience in new student orientation, first-year experience, fraternity and sorority life, and academic coaching and advising.

Please visit the Gender Violence Services page to learn more about how Holly can be of assistance to you. She can be reached at gvsc[at]unc.edu.

Kayla Zollinger (she/her/hers) has worked as a GVSC since January 2020. She graduated from Baylor University (2012) with a Bachelor of Business Administration and earned a Master’s degree in Social Work (2015) from Baylor University. After earning her MSW, Kayla continued serving with a local organization as a case manager for women working in the commercial sex industry where she connected them with resources and provided emotional support. Most recently, Kayla worked with the Pierce County Prosecuting Attorney’s office in Tacoma, Washington as a Crime Victim Advocate where she provided advocacy and education regarding the legal process and in-court accompaniment and support for individuals impacted by relationship violence.

Please visit the Gender Violence Services page to learn more about how Kayla can be of assistance to you. She can be reached at gvsc[at]unc.edu.